My girls were less than thrilled to begin Exp. 5.2, in Module 5 of Exploring Biology Through Creation.  Why on earth would they want to mess with an egg in an experiment!

First add the vinegar.  This dissolves the shell.  Vinegar has acidic acid that reacts with the calcium carbonate in the egg shell and dissolve it.  This reaction produces carbon dioxide. 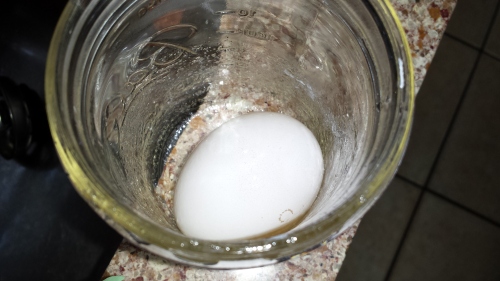 The egg is now semipermeable because the membrane is exposed.  Yes, the egg is naked.  It has no covering.    It’s so SQUISHY!

Next step soak the squishy egg in Karo Syrup. I had to buy a bottle of Karo Syrup for this experiment!  This is the only time I ever use the stuff.  It didn’t cross my brain until afterwards that I should have bought a large bottle and divided it up between the students.  Oh well.

After 24 hours, we thought something horrible had gone wrong because the egg was dimpled…a lot.  Turns out that is exactly what is suppose to happen.  Woo-Hoo!  Water inside the egg was moved to outside of the egg, thus causing the egg to collapse.  Ta-dah!  When we took the egg out of the syrup, we could see there was something else (watery stuff) in the syrup. 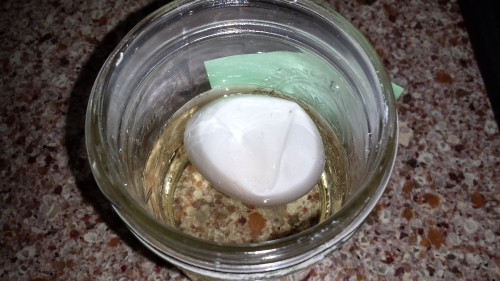 The next step was to carefully remove the egg from the syrup and place it in distilled water.   The concentration of the water inside the egg was lower than the outside, so the water decided to move back it.  The egg swelled up like a balloon.  By this time I am pretty sure the egg is totally confused.   There is even a see-through thin area of the membrane.   See it? 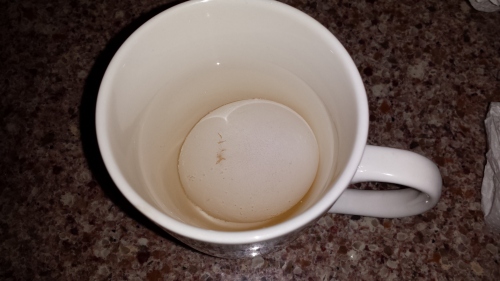 What do you do with the egg once the experiment is over?  Why pop it of course!  Please understand when you do pop it, goo goes EVERY.WHERE! 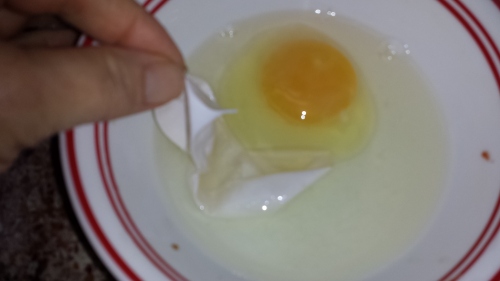 After soaking in vinegar:  6″  Grew because once the semipermeable membrane was exposed some of the vinegar water traveled inside.

After soaking in Syrup:  5″  Wow.  Lost a whole inch over night.  Wish I could do that.

This entry was posted in Home. Bookmark the permalink.